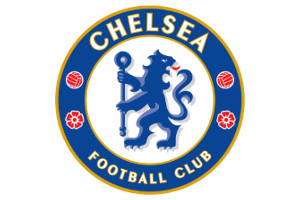 Somewhat sadly, we have to wait until Monday night for the most significant game of Round 26 in the Premier League, as Manchester United travel south to West London to face Chelsea at Stamford Bridge, with a kick-off time of 20:00 GMT.

There is no getting away from the fact that both teams are desperate for the three points in this contest to boost their own aspirations of the top four spots, which offers the luxury of Champions’ League qualification at the end of the season.

Hosts, Chelsea, currently hold sway in the race for the top four, by being in fourth place on 41 points. The Blues have been stumbling in recent weeks however, with just one win in their last five games in the Premier League – a 3-0 home win over Burnley – since the turn of the year. The chasing pack, including, Sheffield United, Tottenham and Everton are alongside United are closing in on Frank Lampard’s side, so a victory here could be highly significant in the race for the top four placings come May.

Manchester United themselves are in a very similar vein of form to their upcoming opponents. The Red Devils also have just one win in their last five Premier League games, and are trailing Chelsea by six points so, only a victory will do on Monday night to maintain their top four push. United have already overcome Chelsea twice so far this season, with a 4-0 home Premier League win on the opening day, alongside a 2-1 away win at Stamford Bridge in the Carabao Cup.

As you may well expect, Chelsea are the bookmakers’ favourites to claim the spoils on Monday night. Frank Lampard’s side are a best-priced 13/15 with SportNation to remain comfortably in fourth place in the table after this round of fixtures.

The Draw can be backed at 14/5 with SportingBet, while a victory for United boss, Ole Gunnar Solskjaer and the Red Devils is available with 888Sport and Unibet at the best industry odds of 7/2.

United could be the value in this contest with the Reds winning five of the last nine meetings between the two teams in all competitions. The recent winter break does not help to decipher which is the team to be on however, due to lack of recent matches, but United have already had success at Manchester City (twice) and Chelsea already on the road this season, which is tempting me to head towards the potentially generous odds of 7/2.

United’s recent additions of Bruno Fernandes and Odion Ighalo in the January transfer window are very welcome to Solskjaer in terms of numbers, with his squad depleted – especially in attacking areas. Ighalo could be given the central striking role in this game, which could unleash Anthony Martial in his preferred left wing role in a new look United attack. This element of surprise could be crucial in United’s hopes of gaining victory.

Chelsea’s England striker, Tammy Abraham leads the way in the First Goalscorer betting with the 22-year old being a best industry price of 18/5 with Unibet to open the scoring. Abraham has 13 Premier League goals in his first season as Chelsea’s main striker, and he is an obvious threat to the United defence.

Fellow Chelsea strikers, Olivier Giroud and Michy Batshuayi are narrowly behind Abraham at 24/5 and 5/1 respectively – again with Unibet – but it is unlikely both players will be involved in Chelsea’s starting line-up.

Manchester United attacker, Anthony Martial is first in the betting for the away side at 7/1 with Unibet, while teenage striker, Mason Greenwood is narrowly behind at 8/1 – again with Unibet. If Solskjaer decides to throw Odion Ighalo in for his United debut, then VBet is the place to go at 9/1, while several other layers offer just 5/1 on the former Watford man.

Others to consider in this particular market include Willian, who is a tempting price of 10/1 with Betfred and Betway to open the scoring in this game. United new boy, Bruno Fernandes has joined the Red Devils to some fanfare, and he could become a darling of the travelling supporters by scoring first in this game at 10/1 with Unibet.

N’Golo Kante is as short as 10/1 with William Hill and Coral, which seems to be terrible value, so if you fancy a wager on the French midfield man, then take the 20/1 on offer with VBet for far greater value.

Fred has hardly offered much for Manchester United in terms of goal scoring since his big money move from Shakhtar Donetsk in 2018, but the Brazilian has put in some improved showings for United in recent weeks, and he could spring a 33/1 shock with Unibet once again to score first.

SportingBet’s offer of 4/5 on Both Teams to Score is the stand-out bet of the game in my view. It is fair to suggest that both teams’ strengths are to attack and this should bring out an exciting and entertaining contest. Neither team will wish for just one point in this fixture, and that should accentuate the attacking intent.

Our next selection is for Both Teams to Score with the Full-Time result ending in a victory for Manchester United. The 7/1 on offer with Betfred and looks to be excellent value on United gaining the three points on a team, who desperately needs the victory here, and have a solid recent record against their opponents.

Finally, our Correct Score selection is for a 2-1 win for Manchester United after ninety minutes. This outcome is a 13/1 chance, and it can be taken with VBet and SportingBet.