The Premier League may have come to an end for another season but before we look ahead to this summer’s World Cup in Russia, Chelsea and Manchester United will meet at Wembley to do battle in football’s oldest and most famous knockout trophy.

The final of the FA Cup sees two of England’s biggest teams face off and for many, this is such a hard game to call. For those that are struggling to pick a winner in the outright betting, Coral may have provided an answer with a new customer offer that quotes enhanced odds of 25/1 and all we need to trigger them is at least one yellow card in 90 minutes.

It’s unlikely that we will ever see a standard market for one yellow card to be issued – even in a match as prestigious as the FA Cup. They are such a common occurrence that the bookmakers won’t get involved and even if they did, the odds would be so prohibitive that it wouldn’t be worth placing a bet.

It’s expected that we should get a market for at least one sending off while there will usually be options for individual players to receive any card. Unibet will usually publish a market for this with the favourites lined up at around 5/2 but if that does appear, it will be much closer to kick off.

So, for now, it’s back to this offer and we’ll look now at the process behind it together with an assessment of its chances. 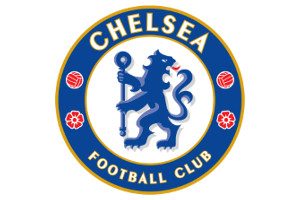 As we mentioned at the start, this deal is specifically for new customers to Coral so, in the first instance, you will need to sign up for a new account, and you can do that by heading from here to complete a very swift and simple registration.

This should be over with in a couple of minutes or so and after that point you will need to make a first deposit in order to cover the bet. This has been set by Coral at a minimum of £5.00 and you should avoid using Skrill, Neteller or PaySafeCard as these methods are specifically excluded from the promotion and will render it null and void if they’re involved.

Add those funds via a debit or credit card if possible and you will quickly be able to move on to the important stage.

With the funds freed up and ready to use, stake the fixed sum of £1.00  on this special opening bet of at least one yellow card to be issued when Manchester United play Chelsea in the FA Cup Final of 2018. The game takes place on Saturday May 19, 2018, kicking off at 5.15pm UK time.

The bet relates to 90 minutes only, excluding any extra time and penalties and if we see at least one booking in that time, payment works as follows:

Your profit will be paid in two parts with an initial sum arriving in cash, based on a standard market price for one booking as determined by Coral. The balance, up to the quoted 25/1 price boost, will then come back as free bet tokens within 24 hours.

However, if we see a rare game with no yellow cards, Coral will reward you with a free bet token worth £5.00 as a consolation. Those are the main points of the offer but you can check all terms and conditions over on the Coral promotions page and please note that any free bet tokens come with a short shelf life of just 4 days.

These two teams last met at Old Trafford back in February in a crucial Premier League fixture. Manchester United ran out 2-1 winners that day but the stat that concerns us involves the four yellow cards – two for each side.

That’s a fairly average figure for any professional football match so, while this offer comes with no guarantees, it’s a strong prospect that could convert to seriously boosted profits for new Coral customers.