Wednesday night’s Champions League schedule brings us this finely poised game between Spurs and Juventus who drew 2-2 in the first leg in Turin two weeks ago. With home advantage, Tottenham will fancy their chances of progressing to the quarter finals but the Italians are always going to be dangerous and as multiple champions of Serie A, it’s going to be a tough night for Mauricio Pochettino and his men.

There will be lots of opportunity for betting on this game but few markets will carry as much value as this offer from Coral which has enhanced odds of 28/1 on the table with just one goal needed to trigger them.

If we were going to take an equivalent bet in the standard markets it would involve staking over the 0.5 goal line. Coral are offering their regular customers odds of just 1/14 and that’s actually the best price we could find when we checked the sportsbooks.

You can, of course, just bet on the result where Tottenham are the favourites to win on the night at best odds of 6/5 with Bet365. The draw is available at a top price of 31/20 with MarathonBet while a win for Juve is out at 66/25 with the same bookmaker.

There is some value in those figures but it doesn’t come close to this Coral deal so, if you qualify, here’s what needs to happen next. 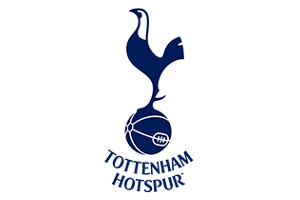 As this is for new customers you’ll need to get that account sorted first but fortunately it’s a quick and easy process that shouldn’t take up more than around two minutes of your time. You can head across from here and when that sign up is complete, it’s time to make an opening deposit.

At this stage, there are two important points to remember:

We suggest using either a debit or credit card as these are perfectly OK and you will be able to proceed. Follow those steps and then you’re ready to place the bet in question.

With that money at the ready, stake the fixed sum of £1.00 on this opening bet of at least one goal being scored when Spurs play Juventus at Wembley Stadium on Wednesday March 7, 2018. The game kicks off at 7.45pm UK time and is live on TV in the UK thanks to BT Sport.

Whether you watch it or not, if we get at least one goal in the game then the bet lands and you will be paid in two stages as follows:

An initial payment will be made in cash, based on Coral’s market price at the time of kick off.

The balance, up to the 28/1 price boost, comes back as free bet tokens.

Expect the cash payment to arrive shortly after the final whistle while the tokens will appear in your account within 24 hours. Alternatively, if the game finishes goalless then a free bet token worth £5.00 will be awarded and please note that all free bets with Coral must be used within 4 days or they will expire.

Juventus could potentially be without their star striker Gonzalo Higuain who is facing a late fitness test but even if he misses out, there is plenty of attacking strength in both camps. Spurs have the prolific Harry Kane and also Son Heung-Min who has scored four goals in his last two games.

As a team, Juve have won each of their last three matches by the same 1-0 scoreline so while that’s not a huge margin, we only need one goal here for this promo to come in. It’s not guaranteed of course but it looks strong so, if you qualify, feel free to check the full terms and conditions and get involved.