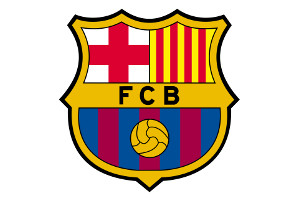 One look at the honours board tells you just what an amazing team this Barcelona side really are. They have won the Spanish La Liga 24 times and the Copa Del Rey on no less than 28 separate occasions – a national record. Add in five Champions League triumphs and you have one of the dominant forces in World Football.

Along with Real Madrid, Barca tend to have a stranglehold on domestic trophies and their games are frequently beamed live into homes right across the world. UK bookmakers tend to reserve their enhanced odds promotions for games involving English sides but Barcelona will certainly get their fair share of coverage in this respect.

Barca were originally formed in 1899 when 11 players answered an advertisement looking for men to come and join the new set up. Originally, this was a mix of English, Swiss and Catalan footballers but immediately the club became synonymous with the Catalan region and its supporters are fiercely proud of their heritage.

The first of many titles came with a Copa Del Rey victory in 1910 and Barca went on to claim that particular trophy a further seven times before the outbreak of World War Two. They had to wait until the 1928/29 season to claim their first La Liga trophy however and up until the 1940’s they were far more successful as a cup side than they were in league football.

Things started to improve steadily from the start of the 1950’s and that period saw Barca emerge from the shadow of the great Real Madrid to become a serious challenge on all fronts. By the end of the 2016/17 campaign, their overall record was quite staggering – 24 La Liga Titles, 28 Copa Del Reys and 17 major trophies in Europe.

It’s very hard to define a really strong period for this Barcelona side as they, along with their rivals at Real Madrid, have dominated the Spanish football scene across many decades. It’s surprising though that their first European Cup success came as late as 1992 so perhaps we could now argue that the Catalans are stronger now than they have ever been.

Domestic trophies came regularly from the 1950’s onwards and there have been many strong periods in terms of La Liga and Copa Del Rey wins. There were some notable European successes too but these tended to come in lesser competitions such as the Fairs Cup and UEFA Cup so overall, you would have to say that Barcelona’s strongest period is right now.

That’s an impressive record by anyone’s standards and it tells you that Barca are more than likely to go very deep into any tournament that they take part in. Their recent record in the Champions League may need some improving but their continued involvement in cup competitions makes them a regular favourite for TV Cameras and also for bookmakers’ enhanced promotions.

Barcelona are lucky enough to possess two of the most potent centre forwards in World Football in Lionel Messi and Luis Suarez. Here we have two strikers with prolific scoring records who can turn any game around in a split second. Bookmakers are therefore spoiled for choice when it comes to naming a player for a price boost in the individual scoring markets although Messi is the one most likely to get a lift next to his name.

With such a free scoring front line, we are also likely to see enhanced Barcelona odds around the total goals market. A typical price boost may see a double in which Barca are quoted to win, with the game finishing above the 3.5 goal line.

For UK bookmakers, the most likely enhanced odds promotions will come ahead of Barcelona’s Champions League matches. The final stages of the Copa Del Rey are also likely to be picked up and in La Liga, the El Clasico fixtures against Real Madrid are also set to feature.

Keep checking the news feeds therefore as this famous Spanish Club becomes a continued focus for bookie offers and we will let you know where the best value can be found.