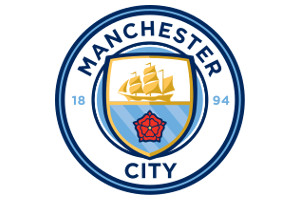 A change of owner and change of fortune has allowed cash rich Manchester City the chance to become genuine title contenders in every Premier League season. Huge funding allows whichever manager happens to be in charge the chance to essentially purchase who he wants.

Multi-Million pound transfer fees and astronomical wage demands are no longer a problem and that’s why we see some serious talent on the pitch at the Etihad. TV Cameras follow the club and, of course, that leads to a number of enhanced odds deals relating to this side.

The club were originally formed in 1880, using the name of St Mark’s before adopting the Manchester City title in 1894. Their first major honour came with the second division title in 1899 before claiming their first FA Cup win in 1904, defeating Crystal Palace in the final.

The club became established in the old first division and appeared in further Cup finals prior to the outbreak of the Second World War. Following the conflict, City were regulars in the top flight and took another FA Cup at the end of the 1955/56 season.

Since relegation in 1963, the club has switched between divisions but after new owners arrived in 2008, the huge cash injection that Manchester City has received means they are likely to be almost permanent residents of the Premier League.

Some would say that this is City’s strongest period and looking at the honours board, it’s hard to argue with that. Since the club was taken over by the Abu Dhabi United Group in 2008, they have been transformed and as of 2018, the club has won three Premier League titles, three League Cups and an FA Cup. It’s hard to believe that as recently as the 1998/99 season, Manchester City were promoted from the old third division via the play offs!

However, there was a period of intermittent success, thanks to a strong City side of the 1960’s and 1970’s. Across those two decades, the club claimed a First Division title, an FA Cup and two League Cups, thanks to notable players such as Colin Bell, Francis Lee and Mike Summerbee.

However, there’s no doubt that Manchester City are the strongest they have ever been as the owners have now built a side capable of competing for all major trophies, year in – year out.

Here’s how Manchester City have fared in major competitions over the last few seasons.

Their record in cup competitions may be a little mixed but Manchester City will certainly offer value for anyone looking to back them in the Premier League title race. Enhanced odds deals will appear regularly in all tournaments however, simply because City will receive plenty of live TV coverage but the deeper they go into the cups, the more promotions you will find.

Having won the Premier League title in 2017/18, the challenge for the club now is to win the Champions League so look out for some improved performances in this competition which should lead to more offers from around the sportsbooks.

Sergio Aguero is without doubt City’s most important player: the Argentinian is a regular leading goal scorer for the club and is also worth a look in the betting markets for the Premier League Golden Boot. He is, however, a little injury prone but when he is fit you may well see some price boosts on the striker in the individual goal scorer markets.

Manchester City have struggled to find an effective strike partner for Aguero, using and subsequently dispensing with the likes of Alvaro Negredo, Stevan Jovetic, Kelechi Iheanacho and Wilfried Bony in recent seasons. You may therefore find more individual offers relating to midfielders including the David Silva, Kevin De Bruyne and Bernado Silva but the current manager Pep Guardiola seems to be keeping faith with young Brazilian forward Gabriel Jesus.

City are more of a goal threat when Aguero is in the squad so it may be wise to check team news before you get involved with any promotion. A price boost on the club to win and over 3.5 goals could be a common offer but it’s more likely to drop in if the star Argentinian centre forward is involved.

One thing that is certain is that the bookies will continue to follow Manchester City and tailor plenty of enhanced offer deals to this historic club so keep following the news updates to see where the best value lies.