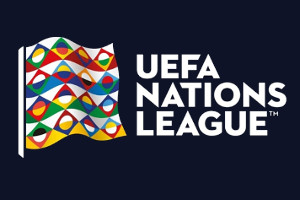 A new international tournament arrives in September 2018 with the first ever edition of the UEFA Nations League. The competition is designed mainly to provide competitive football and to attract more interest as it replaces the raft of friendlies that used to come with the meaningless international break.

With more of a competitive edge to these games, we are expecting a good number of enhanced odds offers and price boost promotions from around the sportsbooks so what should we be looking forward to?

Enhanced odds for the UEFA Nations League will likely take a very familiar form. A bookmaker such as Coral will typically take a price on one team – usually the favourites – and lift it up to 20/1, 25/1 or possibly longer.

Alternatively, Coral and Ladbrokes might focus on a player and boost his odds to score at any time in the match concerned. England’s Harry Kane attracted a number of these promotions at the recent World Cup while we might also see offers targeted on Cristiano Ronaldo, Antoine Griezmann and some of the other leading strikers from around Europe.

Alternatively, a bookmaker such as 888Sport will increase the odds for either team to win the match. You won’t be able to pick both of them but for those that make the correct prediction, it can lead to a very profitable winning bet.

Regular price boosts for existing customers tend to focus on multiples so, for example, the bookmaker in question may give a lift on the odds for England to win a match and both teams to score. Alternatively, when England play Spain in their Nations League group match, a price boost may be quoted for both Kane and Diego Costa to score inside 90 minutes.

The increases involved are usually much smaller and on occasions less than a point is involved but the terms are generally more flexible. With a new customer enhanced odds promotion, the stakes can be fixed at £1.00 or £5.00 and the enhanced part of the profit is likely to be paid out as free bet tokens.

With existing customer price boosts, there is unlikely to be a maximum stake beyond the bookmaker’s usual rules and you should expect any returns to be paid in cash. Both options carry value but with any type of bookies odds uefa nations league offer, it’s advisable to check all those terms and conditions to make sure you are happy before going ahead.

We saw at the recent World Cup that more bookmakers were prepared to get involved with this type of offer, particularly when it came to listing price boosts for their existing customers. With international friendlies dispensed with and new, competitive football taking their place, hopefully that situation should continue.

Among those producing regular price boosts were Betway, William Hill, 10Bet, SportNation and RedZoneSports. We would expect that trend to continue while they will hopefully be joined by other bookies.

In regards to new customer offers, the usual suspects were out in force at the World Cup and there were lots of promos published by 888Sport, Coral, Ladbrokes and SportNation. We did also see Betway produce a small selection of enhanced odds deals for new customers and those names should be back for the start of the UEFA Nations League.

This is not a comprehensive list and we’ve seen other bookies getting involved with uefa nations league odds deals on an occasional basis. As with all offers of this kind, we will look to bring you the best of them as they are published so keep checking back to find out details as they are released by the sportsbooks.

The very first games of the new UEFA Champions League will start on Thursday September 6th, 2018 and among the highlights of the opening round are clashes between Germany and France, Italy and Poland and England v Spain.

Those are huge games and they, plus many others, may well be the target of enhanced odds promotions and price boost offers from around the sportsbooks. The competition continues with the group stages taking place up until November 2018 and we then move into the finals stage in June of the following year.

When the international friendlies came around, we didn’t see too much in the way of enhanced odds offers. There were isolated deals on England games but most other countries were ignored. With so many competitive matches now coming up, we expect that situation to change so do keep reading to find all the best UEFA Nations League games as they arrive.