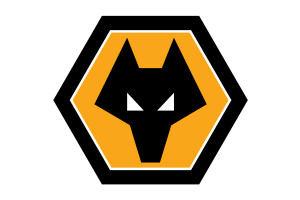 A stunning performance in the Championship saw Wolverhampton Wanderers win the title by a big margin in 2017/18 and claim their place in the Premier League for the new campaign. With a charismatic manager and an exciting squad, Wolves are expected to consolidate in the top flight and most pundits expect a positive season where they keep clear of the relegation zone.

Like all Premier League sides, Wolves will now be a target for enhanced odds promotions so what do we know about the club and what can we look forward to from the sportsbooks for 2018/19 and beyond?

Wolverhampton Wanderers are one of the oldest professional football clubs in the world having first formed as St Luke’s FC way back in 1877. They were founder members of the original football league in England were one of the most successful teams of that era.

In that very first 1888/89 season, Wolves finished third in the original football league while reaching the FA Cup Final in the same year. A first trophy success came in 1893 with victory in the FA Cup and the first of four wins in that competition.

In 1906, the club dropped down to the second division for the first time in their history but that didn’t affect their ability to win trophies as they claimed the FA Cup for the second time in 1908. For much of their history, Wolves have flitted between the top two tiers of English football but they dropped down into the old Third Division (North) in 1923.

A subdued period either side of the Second World War was to follow before a revival began in the 1930s which was to lead to the Golden Era of the 1950s and three first division championships.

The 1960s and 1970s saw Wolves in the old first division and in 1972, they appeared in the first UEFA Cup Final, losing out to Spurs over two legs. Mixed fortunes have followed and while the club has previously been in the Premier League, they have also experienced a drop into League One.

The turning point in Wolves’ most recent history came in 2016 when they were bought by Fosun International. Significant investment ensued and under Nuno Espirito Santo, the club climbed back into the top flight once again at the end of the 2017/18 campaign.

There is absolutely no doubt that the greatest era in the history of Wolverhampton Wanderers came in the 1950’s. Over that period, the club contained some of the biggest names in the sport and across the decade, they won the first division championship on three occasions while, on either side of the 50’s, there were FA Cup triumphs in 1949 and again in 1960.

Wolves’ best-known player was the great Billy Wright who was with the club for an incredible twenty years from 1939 through to 1959. The captain and centre half was at the heart of all of those championship wins and he won 105 caps for England which was a record that stood for many years.

Under the leadership of their former player and skipper Stan Cullis, this was a legendary Wolves team and while the current squad is an exciting and impressive one, we may never see a future side match the endeavours of the 1950’s version of Wolverhampton Wanderers.

Here is Wolves’ record in major domestic competitions over the course of the last few seasons:

Those statistics show just how far the club has come in the last season under Nuno Espirito Santo. From a mid table Championship side, the new owners and new manager have galvanised the club and made it into a major force once again. Their comprehensive title win in 2017/18 suggests that Wolves can compete in the Premier League next season but who are the players who can help them achieve their aims?

Current Wolves manager Nuno Espirito Santo has assembled a cosmopolitan squad that contains many players from his native Portugal. Among them is striker Diogo Jota who finished the 2017/18 campaign as the club’s leading scorer with 17 goals in the league.

As we know, bookmakers like to base some of their enhanced odds offers on certain players to score first or to score at any time during individual matches so many of these deals could centre on Jota in 2018/19.

Helder Costa is a Portuguese winger with an eye for goal who has provided many assists during his time at Molineux. Meanwhile, as we move to the back of the team, we find that Wolves have made a major signing for the 2018/19 season in the shape of Portugal’s first choice international goalkeeper Rui Patricio. This was a big coup for the west midlands club and it is one that underlines their ambition as they return to the English Premier League.

Like all EPL sides, Wolves will now find that they are covered extensively by the live TV cameras and that’s the time when enhanced odds offers and price boosts tend to come along. We will be looking to bring you the best of these as and when they come in so keep checking back for all of the latest updates.

Most teams, when they achieve promotion from the Championship, would be content just to consolidate and to avoid relegation straight back into the second tier but you just sense that Wolverhampton Wanderers are looking to aim a bit higher than that. It’s already been a busy summer transfer window for the club and we suspect that they are targeting a top half finish. Whether they achieve that remains to be seen but it seems as though Wolves are now equipped to maintain their EPL status for many seasons to come.