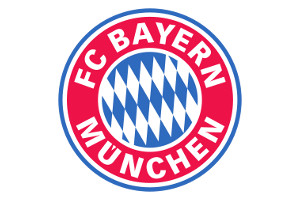 Over the course of German footballing history, Bayern Munich have been the most successful of all sides but in recent seasons they have been completely dominant domestically. Bayern’s Bundesliga triumph at the end of the 2015/16 campaign was their fourth in succession and their overall tally of 26 league titles is a German record.

The squad will often be a threat in the Champions League – a competition that they have won on five occasions – and their incredible run of success makes them an obvious target for bookmakers looking to publish general promotions along with a set of enhanced odds offers.

Bayern Munich were originally formed in 1900 as an extension of the existing Bayern Gymnastics Club. Many German sides started out in the same manner as part of an overall organisation that covers many sports.

Unlike many other teams however, Bayern were a force from day one and were soon challenging for major honours in
their own country. They reached the semi finals of the South German Championship in their first season but they would have to wait until the 1931/32 campaign before landing their first league title.

The years after the Second World War proved to be fairly lean for the side but from the mid-1960s onwards, they grew steadily to become the force that we know today. Consistent wins at home through the 1970s to the present day confirmed Bayern Munich’s status as Germany’s most successful side while a first triumph in Europe came with a Cup Winners Cup trophy at the end of the 1966/67 campaign.

Football fans of a certain age will remember the great Bayern side of the 1970s: A team that featured the likes of Franz Beckenbauer and Gerd Muller and provided many of the players that won the World Cup with West Germany in 1974.

This coincided with a particularly strong time for the club as they won the Bundesliga for three consecutive seasons from 1971/72 onwards but the real highlight came in the European Cup where three successive wins from 1973/74 to 1975/76 put them among the elite of European Football and secured their place in history.

You could therefore argue that the first half of the 1970’s hosted Bayern Munich’s strongest period as, while they are dominant at home in the present day, the current Bayern side hasn’t quite conquered Europe to the same degree.

Bayern Munich’s record in major competitions over the recent seasons reads as follows:

Those are incredible stats by anyone’s standards and they tell you that Bayern are a good bet to go deep into any competition. They are dominant in the Bundesliga and it may be that enhanced odds deals here will only come in when they play their nearest challengers – teams such as Borussia Dortmund or RB Leipzig.

The same principle could apply to the DFB Pokal where offers on Bayern many only appear at the semi final or final stage but for Champions League football, these deals will drop on a more consistent basis.

Bayern have a potent striking force led by Robert Lewandowski and Thomas Muller, both of whom are likely to feature in any individual enhanced odds promotions. Polish striker Lewandowksi arrived from rivals Borussia Dortmund in 2014 and has an enviable striking record of around 1.5 goals every two games.

That’s a great return and while Muller’s ratio is more modest at around one in three, he is often played as a second striker or out on the wing. Both men could be listed in a combined offer such as Bayern to win and either Lewandowski or Muller to score.

Another player to look out for is Sandro Wagner: Signed at the start of 2018, the former Hoffenheim striker enjoyed a brilliant start to his Bayern career with eight goals in his first 14 league games.

Elsewhere, there are some scoring threats from midfield players such as Arjen Robben or Kingsley Coman. There are key players throughout this side but for enhanced offers, Lewandowski and Muller will generally be the joint focus.

They are an incredible side who look set to continue their dominance in Germany for many seasons to come but the focus now for this Bayern squad is to succeed in the Champions League – a competition where Spanish teams have prevailed most recently.

They will go far in all competitions and for that reason we can be sure that Bayern Munich price boosts and enhanced odds deals will follow them all the way.