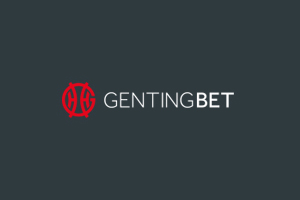 While many will still recognise Genting as a major casino operator, both online and in the physical world, they are doing much to promote their slightly newer sportsbook. Innovative offers are part of the way forward for this bookie and included amongst those deals are some interesting price boosts.

Genting have not been the busiest outlet in this respect but they certainly go for quality over quantity and here’s what we might be able to expect from them moving forward.

Ahead of the new 2017/18 football season, GentingBet published a new customer offer that boosted the price on a double for Championship sides Fulham and Aston Villa to win their respective matches. The promo took the book price of 7/2 and took it up to 5/1 and an interesting point to note was that all potential profits would be paid in cash.

Prior to that, Genting had issued a more conventional offer in the 2016/17 football season. Here, a bet on Manchester City to beat local rivals Manchester United would see that price lift from 10/11 all the way up to 25/1.

So far, the price boosted deals that we have seen drop in from GentingBet have been exclusively for football matches. This sport gets the most coverage in terms of these promotions from around the sportsbooks and that is likely to continue in the future.

Potentially, there could be more offers in other sports when big events come around so you should keep checking the offers page on the Genting website or better still, bookmark our news feeds as we will look to bring you the best of these deals as they land.

It was very interesting to see that, with the double offer on Championship games at the start of the 2017/18 season, all profits would be paid in cash. The payment would have been made in two stages with the initial payout at the 7/2 book price being paid instantly and the balance arriving very shortly afterwards.

As it turned out, both teams drew but it may well be that further, similar deals land as the football season develops.

For the Manchester City v Manchester United promo, the enhanced part of the promotion was paid out in free bet tokens and that’s more typical of this type of deal. It could be that GentingBet are trying a range of different offers to see which works best for them so the message really is to check all the terms and conditions thoroughly before you open an account and make a bet.

Significant Terms: Best Odds Guaranteed does not apply to ante post bets, bets on international racing (unless stated otherwise), enhanced accumulators or any other special markets. Bets must be placed between the hours of 12:00pm and 9:30pm on the day of the actual race to qualify for Best Odds Guaranteed. The maximum increase per bet or per race as a result of the Best Odds Guaranteed offer is capped at £2,000. T&Cs Apply

Different staking requirements were also issued for these offers: With the Championship double, new customers could bet up to £10.00 but with the Manchester City deal at 25/1, there was a fixed stake of £1.00.

In both instances, the minimum deposit to open an account was set at £10.00. There was no mention of funding providers but we always recommend using a debit card for these deals as eWallets are frequently excluded from the list.

While it may be the case that the casino side of the business remains more popular for the Genting organisation, this is a growing sportsbook with lots of plus points for anyone looking for a new provider.

New players here usually get some kind of a bet insurance so, if their first bet loses it can be refunded up to that limit. There is also a best odds guarantee on all UK and Irish horse racing while offers frequently come in elsewhere on the bigger sporting events such as Wimbledon Tennis or Golf’s four majors.

Look out for strong prices too in a good set of markets in what would be a good home for both occasional and regular sports punters.

From the offers that we’ve seen so far, it does look as though GentingBet are trying different approaches to see what works so the best option is to check our updates as we bring the latest deals to you.

There is, however, good value in everything we’ve seen so far and, if Genting keep paying price boosts in cash, they will certainly attract lots of interest.