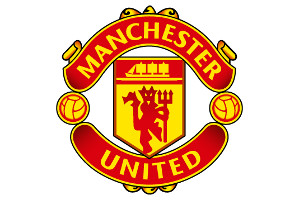 Unlike many British football teams, Manchester United have enjoyed a great following around the world for many years. Their fame certainly pre-dates the Premier League era when the sport really took off and that is thanks to their success and the great characters that have played for the club over the decades.

When the TV schedules are announced, United will be one of the first names on any broadcaster’s list and it’s the same for the betting companies who will tailor plenty of enhanced offers around this famous club.

The club was originally formed back in 1878 and at that time was known as Newton Heath FC. As a representative of the wider city, the name Manchester United was eventually adopted in 1902 but at that time, the club were making little impression on the league as a whole.

When post-war football resumed in the 1920’s, United were playing in the second tier of the English leagues and wouldn’t return until they won the title at the end of the 1935/36 campaign.

The 1950’s heralded the start of a Golden Age for the club but the decade was to end in sadness with the Munich Air Disaster of 1958 which claimed the lives of eight first team players. Manager Matt Busby, who survived the crash, rebuilt with his Busby Babes, who eventually won the first European Cup Final for an English team in 1968.

This was a Golden era with players such as George Best, Bobby Charlton and Denis Law – the Holy Trinity – but as they aged, an unlikely relegation back to division two came in the mid-1970’s. The club returned to the top flight at the first attempt but it took until the 1990’s for Alex Ferguson to make Manchester United the most successful and feared club in England once again.

After the Second World War, Manchester United won three league titles prior to the Munich Air Crash. Their next major trophy came in 1963, with a win in the FA Cup final over Leicester City and United now hold the joint record in that competition with 12 outright victories.

As for the league Title, United would have to wait until the 1992/93 season when they became the first winners of the new Premier League. They have now won that trophy on 13 occasions and once again, this is a record.

So, there have been many Golden Periods for Manchester United and although they have been more subdued since Sir Alex Ferguson’s retirement, they remain a threat in any competition as the following table shows.

Manchester United’s record in major trophies over the last few seasons can be found below:

While they haven’t been quite so strong in recent years, Manchester United will go deep into most competitions and the club’s supporters hope that the arrival of new manager Jose Mourinho will bring the glory years back to Old Trafford.

The main focus for United this year is on Romelu Lukaku, the Belgian striker who signed for a mighty £75m from Everton in the summer of 2017. Lukaku was prolific at Everton and the bookies may well be looking to base their enhanced odds deals around him.

Marcus Rashford and Anthony Martial are the other main strikers at Old Trafford and we could see promotions based around these two from time to time. And, with such potency, enhanced odds on United in the total goals and both teams to score markets are not uncommon.

This is a world famous club with a huge fan base and talented players looking to bring trophies back to the club after a brief absence. As such, we can expect extensive coverage of Manchester United in terms of PL enhanced odds promotions for many seasons to come.