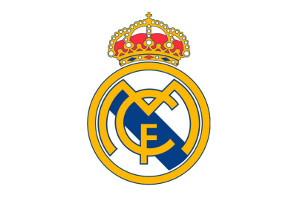 They are one of the world’s most famous and successful clubs having enjoyed great success over many decades. Real Madrid are a global phenomenon and have a squad that can demand the best players from around the world. Money is no object and that’s why they can attract the likes of Gareth Bale and Thibaut Courtois and if they need to break a transfer record to acquire them then that’s what they will do.

In the present day, Real are one of the ‘big two’ in La Liga and they regularly challenge for the Champions League title. Live TV cameras follow them everywhere, as do the bookmakers who will tailor a number of enhanced offer promos around the Spanish giants.

Real were originally formed in 1902 and at that point were simply known as Madrid Football Club and the significant name change came in 1920 when the prefix ‘Real’ was used. In Spain, the word means ‘Royal’ and this was granted to them by King Alfonso XIII.

In 1905, they won the Spanish Cup Final to seal a first major trophy but they would have to wait until the end of the 1931/32 campaign before picking up a first league title. Having moved grounds on a number of occasions since their inception, Real finally moved into their iconic Santiago Bernabeu Stadium in 1947.

The post-war years brought great success to a side that included legends of the game including the great Alfredo Di Stefano. Great achievements at home and in Europe were to follow as those players of the 50’s and 60’s left a legacy that continues to this day.

Real hold a record 33 La Liga titles and the club took the division on no fewer than twelve occasions between 1954 and 1969. But it was their success in the European Cup in the 1950’s that really marked the Madrid club as a global sensation.

Real took the European club title on six occasions in a ten year period between 1956 and 1966 and when you add in their Champions League triumphs, the total of 11 combined wins is another record.

Others will argue that Real are stronger now than they’ve ever been but the 1950’s and 1960’s were truly a Golden Era for this famous club.

Real had endured a fairly barren spell in terms of their domestic title until they won La Liga for the 33rd time in 2016/17. There has been plenty of success elsewhere however, most notably those four Champions League titles from 2014 to 2018.

The Copa Del Rey is one trophy to have eluded the club in the last five years as Barcelona and cross-city rivals Atletico Madrid offer more of a challenge.

However, this current Real side will go deep into any tournament so you can always expect some value in the betting markets while any enhanced Real Madrid offers will just boost that value even further.

There are a number of players in this Real Madrid side who will attract their own set of enhanced odds offers. At the start of the 2017/18 season, the club were facing up to life without the great Cristiano Ronaldo so who would step up and take over his mantle?

With CR7 gone, Real will rely more heavily on the French striker Karim Benezema to compensate. Benzema to score anytime may well prove to be a common and popular offer from around the sportsbooks or he may form part of a boosted double with the player to score and Real to win the match. The same deals could also apply to Gareth Bale – another very prolific forward for the club.

With such a strong front line, the club will also appear in total goals or Both teams to score markets. Once again, these will usually be combined in a double where Real Madrid are also required to win the match.

A significant proportion of the betting community love to get involved with a team such as Real Madrid as they can give them regular profits. The returns for most of those games won’t be very high however as Real are usually at an odds on price wherever they go but look out for enhanced deals that give you higher prices as the bookies also like to be associated with such a big name.