Bought by Spurs as a promising teenager from Southampton in 2007, Gareth Bale had started his career as an attacking left back who was useful from set pieces. Despite that early promise, no-one could have predicted just what an incredible impact the Welsh International would have on world football once Tottenham had pushed him up into an attacking midfield position.

Now widely recognised as one of the best footballers on the planet, Bale has broken a transfer record on his way to Real Madrid as he became an integral part of their Champions League winning teams. He’s a focus for bookmakers too with a number of enhanced odds special offers being attached to his name. 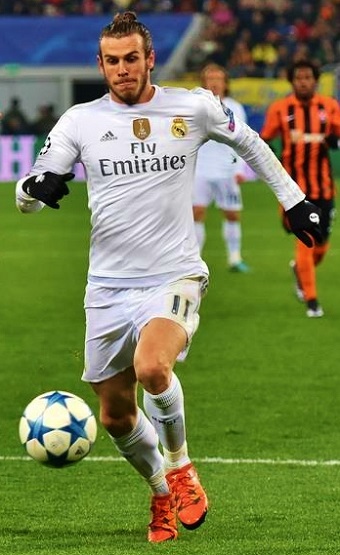 Bale made his debut for Southampton at just 16 years of age and became their second youngest debutant in the process. That was back in 2006 and the following season he scored his first goal for the club at the start of the 2016/17 campaign against Millwall.

It wasn’t long before the Premier League clubs noticed his potential and it was Spurs who ultimately made their move, landing Bale in a deal worth an initial £5m. Things didn’t quite go according to plan during his early days at White Hart Lane; injuries forced the player to miss large chunks of the season and when he did take to the field, there was a supposed jinx surrounding Bale as Tottenham failed to win with him in the side.

The situation improved but Gareth Bale was to really announce himself on the international stage one night in Milan. In October 2010, with Bale now playing in an advanced role, he scored a hat trick against Inter as Spurs came from 4-0 behind to narrowly lose 4-3. It was an incredible performance and one that saw him confirmed as an attacking left sided player for the remainder of his career.

From that point onwards, his career blossomed and the big sides around Europe began to take notice. Bale impressed for Spurs, scoring a total of 55 goals in his six seasons in North London but with the club continually failing to reach the Champions League, a move abroad was inevitable.

Real Madrid were the side to take the plunge and in the summer of 2013, they paid Spurs a World Record fee of 100 Million Euros for Bale’s services and since then he has got even better. By the start of the 2018/19 campaign, the Welshman had registered 88 goals and had won four Champions League titles, a La Liga trophy and a Copa Del Rey Winners medal.

Bale was a huge success at the Bernabeu but, as he reached his early 30s, it all started to turn a little sour and, by the start of the 2020/21 campaign, he was back with former club Spurs.

At the start of the 2018/19 domestic season, Gareth Bale had played 70 times for his country, scoring 29 goals. His first strike came in 2006 in a defeat to Slovakia and he proved crucial as his team qualified for Euro 2016 – their first major tournament in 56 years. In the tournament itself, Bale scored three goals as his side became unlikely semi-finalists.

Here is Gareth Bale’s goal scoring record for domestic matches over the course of the last few seasons.

Aside from that Champions League campaign in 2013/14, Bale’s record in cups is a little subdued but in the league it is quite stunning and it seems to be improving all the time. He is equally effective at international level and his goals proved crucial as his Wales side reached the finals of Euro 2016 so it’s an overall return that will certainly be interesting to those compiling enhanced odds specials linked to his name.

In the two seasons leading up to 2018/19, the player suffered more than his fair share of injuries but he is fit again and with Cristiano Ronaldo having left Real Madrid, Gareth Bale should have been taking more goal scoring responsibility in the seasons that lay ahead.

The return in 2019/20 does look poor by his high standards but it should be remembered that Bale was used mainly as a substitute by the coach at the time.

With Zinedine Zidane returning to Real Madrid, Gareth Bale began to find himself on the sidelines at the Bernabeu. Increasingly linked with a move away from La Liga, a switch came to old club Spurs at the start of the 2020/21 season. Bale is now back at a team where the main responsibility in terms of scoring goals lies with Harry Kane while Son Heung-Min provides useful back up. Will the Welsh winger’s ratio drop as he starts behind such a prolific striker? Only time will tell.

Enhanced odds for Gareth Bale could come in many forms but a typical example was published by Coral ahead of Wales’ World Cup qualifier with the Republic of Ireland in March 2017. This particular bookie listed a new customer deal that promised a price boost of 33/1, subject to terms and conditions, should Bale score at any time during the game.

Other outlets may quote an enhanced deal on his team to win and Bale to score anytime. This could appear for either club or country when Wales are in World Cup contention or if Real Madrid are lining up a crucial game in Spain.

Similar deals could also be offered for existing customers with Paddy Power and Winner Sports among those who are prolific when it comes to publishing regular price boosts. These will involve smaller price shifts but the terms tend to be relaxed with no maximum stakes or free bet tokens to take into consideration.

We will look to bring you the best Gareth Bale price boosts so keep watching for all the latest updates.

Gareth Bale’s move back to Spurs at the start of the 2020/21 season was done on a loan basis. It’s believed that Tottenham have the option to make that deal a permanent one but there is no confirmation yet as to what will happen at the end of that campaign.

By the time 2020/21 does come to a conclusion, both parties will have a decision to make and it may even be a case of Bale having to prove himself. When he arrived back in North London, the player was carrying an injury and manager Jose Mourinho was reluctant to include him as a regular starter. If Mourinho does see Bale as surplus to his requirements, it’s unlikely that Tottenham would keep him on due to his high wages.

So what options does that leave? Bale may want to return and prove himself at Real Madrid but perhaps, at the age of 32, it may be time to seek a lucrative end to his career in China or the United States.

The future is, therefore, an uncertain one and that seems hard to fathom considering that Gareth Bale has been so influential for all of his clubs over the years.