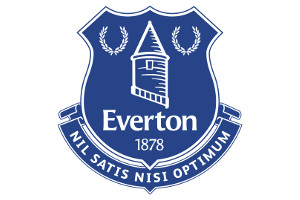 They are a club with a long history and in the summer of 2017, Everton FC have been the busiest English side in the transfer window. They may not be the biggest spenders but a number of high profile deals have taken the club’s spending towards the £100m mark and clearly they mean business ahead of the 2017/18 campaign.

With so much money spent and so many new faces on show, Ronald Koeman’s side seem set to attract a lot of attention from the bookmakers so what can we expect in this respect and what do we know about this famous club?

Everton were originally founded way back in 1878 under the name of St Domingo FC – a local church which ran a number of sports teams at that time. The club evolved and were renamed, subsequently becoming founder members of the football league when it first formed in 1889.

Success wasn’t very far away and the first league title came to the club at the end of the 1890-91 season, closely followed by a first FA Cup triumph in 1906. Everton were also founder members of the new Premier League in 1992/93 and are currently one of only six clubs to have been an ever-present in that division.

As of 2017/18, Everton have won nine top flight domestic league titles, five FA Cups and a European Cup Winners Cup. When you add in some minor trophies, it all makes them one of the most successful sides in the history of English football.

Everton fans will point to two distinct periods in their history where success came in abundance. In the 1960’s, a great Everton side featuring their own ‘Holy Trinity’ of Alan Ball, Colin Harvey and Howard Kendall won the old Division One title in 1969/70.

This was a period when Everton were one of the most exciting sides to watch but they were far more successful when Howard Kendall took over as manager in the 1980s. This was a golden era for the team that involved great players such as Neville Southall, Kevin Sheedy and Trevor Steven. They may not be household names around Europe but these players formed part of a side that won two league titles, an FA Cup, the League Cup and the European Cup Winners Cup in the 1980s.

Everton fans may therefore recall the 1960s with great fondness but 20 years later, they were one of the strongest sides in Europe.

Here is Everton’s record in major competitions over the last few seasons:

It’s a mixed set of results for such a historic team but from 2016/17 onwards, Everton have been challenging the Europa League places on a regular basis. The 2017/18 campaign was one of instability with manager Ronald Koeman replaced by Sam Allardyce early on before the latter was let go in the summer.

With former Watford boss Marco Silva now in charge, more consistency is the target and as the Toffees look to go deep into the major competitions, we should start to see more Everton enhanced odds offers for 2018/19 and beyond.

Everton’s top scorer in the 2017/18 season was Wayne Rooney with 10 league goals but after one year back at Goodison, the former England striker left to America’s MLS and DC United. The key striker for now will therefore be Cenk Tosun, the Turkish international who arrived on Merseyside in the January transfer window of 2018. Tosun quickly drew a price boost offer from the club’s sponsors Sport Pesa who offered a increased 10/1 figure on the player to score at any time in Everton’s opening game of the 2018/19 season.

More Price boosts will definitely be targeted at Tosun and we should also see midfielders Gylfi Sigurdsson and new signing Bernard attract some interest too. Everton are an entertaining club and as such, they will be picked up by the TV cameras on a consistent basis. When the big live broadcasters are in town, the enhanced odds deals will naturally follow and we will bring you all of the very best deals as they land.

Everton are one of the oldest football clubs in the world and as they head into a new era, it’s going to be a busy time for bookmaker offers in general and price boosts in particular.