They’ve just announced a new sponsor deal to get behind the final stages of rugby’s Pro14 Championship so it’s fitting that SportPesa should back that up with this great price boost promotion.

This is a new customer deal with enhanced odds of 7/2 on favourites Leinster to beat Scarlets in Saturday’s final and it comes with generous staking terms too so let’s get straight on and look at the mechanics of the promo together with details of how it compares to the open market.

Fourteen teams started the Pro14 series back in September 2017 and after eight months of gruelling action, it all comes down to the final between Leinster and Scarlets at the Aviva Stadium in Dublin this Saturday.

The two teams have battled well to be here but Leinster are hot favourites to win and their best price in the open markets is as short as 1/4 with Sky Bet and Boylesports. Victory for Scarlets is available at a top price of 4/1 with MarathonBet and we should mention the draw which is quoted at best odds of 33/1 with Coral.

The numbers highlight the potential for value in this offer and here is what you would need to do in order to take advantage. 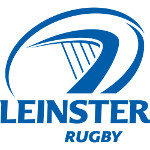 The offer is exclusively for new customers to SportPesa so, if you have no dealings here you can cross over to complete a very simple sign up. Only the most basic of information is needed in a quick and secure process and you will then be welcomed on board as a new account holder.

Naturally we then need some funds to cover the bet so head to the cashier and deposit at least £10.00 using a debit or credit card to do so. We suggest using plastic at this point as SportPesa specifically exclude all of their ewallet options for this offer so avoid the likes of Skrill and Neteller as you will not be able to proceed.

Using a card also means that your funds should clear immediately and you can then move on to make the bet in question.

Betting and Getting Paid

With money free and ready to use, stake the fixed sum of £5.00 on Leinster to beat Scarlets when the teams meet in the final of the Pro14 Series on Saturday May 26, 2018. Watch the game live on TV if you like but whatever happens, as long as we get a Leinster victory, a two-part payment procedure will be triggered.

Initially, a profit will be paid in cash based on SportPesa’s standard odds for a Leinster win and these will come back to you shortly after the game comes to an end. Following that, the balance is paid in free bet tokens up to that price boost of 7/2.

Those tokens are scheduled to appear in your account within 48 hours of settlement and you will then have up to five days in which to use them before they expire. That completes the summary of the significant points of this promo but you can check all terms and conditions in full as they appear on the dedicated SportPesa promotions page.

Leinster are certainly the form team in this contest and as the stronger squad they are worthy favourites. They needed to come through a tough game against Irish rivals Munster, winning by one point in the semi so opponents Scarlets will hope that there are some fatigue issues in the squad.

That may be a forlorn hope: Shocks are rare over 80 minutes of rugby union but while this offer isn’t quite nailed on, it quotes a good price lift on the favourites and could lead to significantly increased profits for new SportPesa customers.